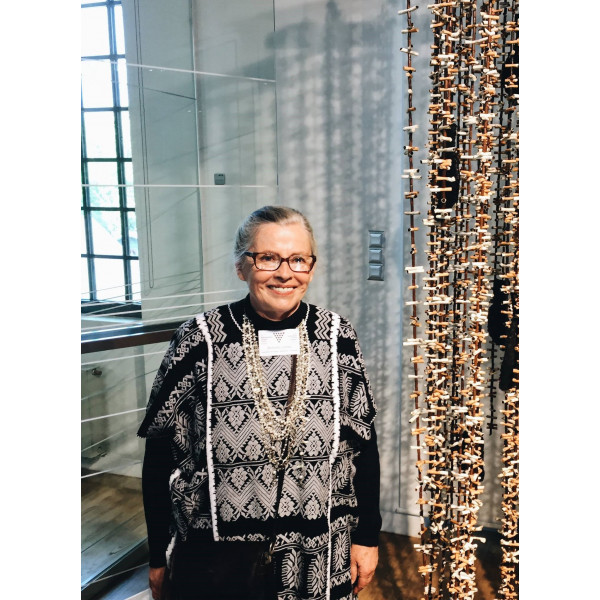 Androna Linartas is a Lithuanian plastic artist specialized in textile –tapestry, gobelin and sculpture– who has developed her career in Mexico. She has participated in 9 individual and 103 collective exhibitions throughout Mexico, Poland, Cuba, France, Thailand, USA, Russia, Lithuania, Spain and Chile.

She integrates techniques such as weaving, knotting and collage, as well as materials such as wool, cotton, henequen, silk, linen, metallic thread, brush and conifer needles; and carries out the dyeing of her textiles with cochineal gravel, prickly pear, henequen, cempasúchil, Brazil stick, walnut, indigo, black clay, sacatita, chauk and pericón.

Androna has received several national and international awards and her work is part of collections such as the Museum of Modern Art in Mexico City; Central Textile Museum of Lodz, in Poland; Art Gallery Cultural Center Miami, in Florida; among others.

She has been part of Bazaar Sábado for more than 15 years. In here she exhibits huipiles, quesquemitls, tomicotones, rebozos, jorongos, blouses, tunics, skirts, tablecloths, covers, paths, backpacks, and so on; all made with different materials and techniques, such as waist loom, pedal loom, sewing, fraying, embroidery, hook, among others. 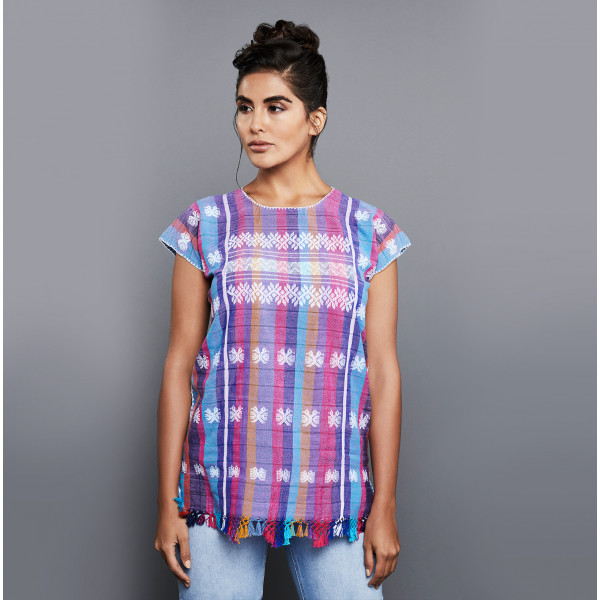 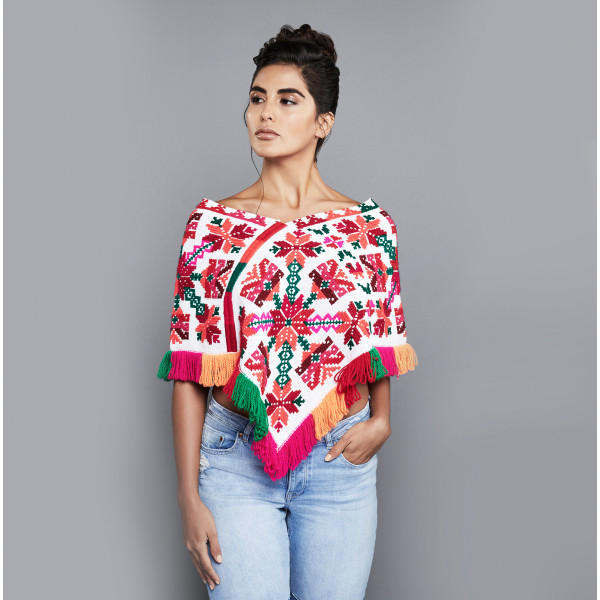