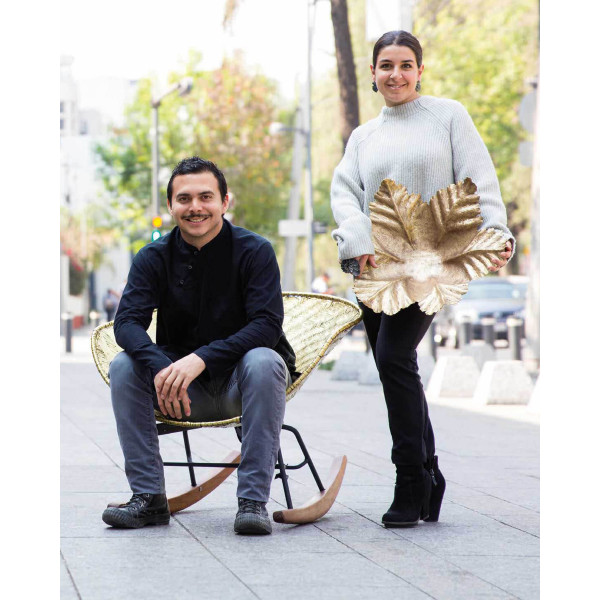 Cristina Romo designs home art and Eduardo Herrera jewelry and furniture. In 2014 they founded ROMOHERRERA together, a brand that sells their creations. Their products are genuine and honest pieces made with high quality.

Cristina Romo Castillo was born in Mexico City in 1986. She is part of the third generation of a silver family. At the age of 5 she made her first designs. Along with her mother, Emilia Castillo, Cristina fell in love for the work in silver: various techniques and a great motivation gave life to her first pieces. While she grew up and played at El Rancho, where her workshops would finally be, nature permeated her work and personality. Trees, insects, flowers and a river made her dream in her childhood. Therefore, in Cristina's designs we find representations and interpretations of natural elements.

Eduardo Herrera Harfuch was born in Mexico City in 1984. He is an architect by profession and an apassionated jeweler. At the end of his studies, Eduardo became involved in various creative activities: furniture, construction, drawing and sculpture. In 2011 he founded his workshop in Taxco. There, thanks to the cultural legacy of the site, he became interested in crafts and silver work, thus entering the world of jewelry.His inspiration comes from the things he admires.


Sorry for the inconvenience.