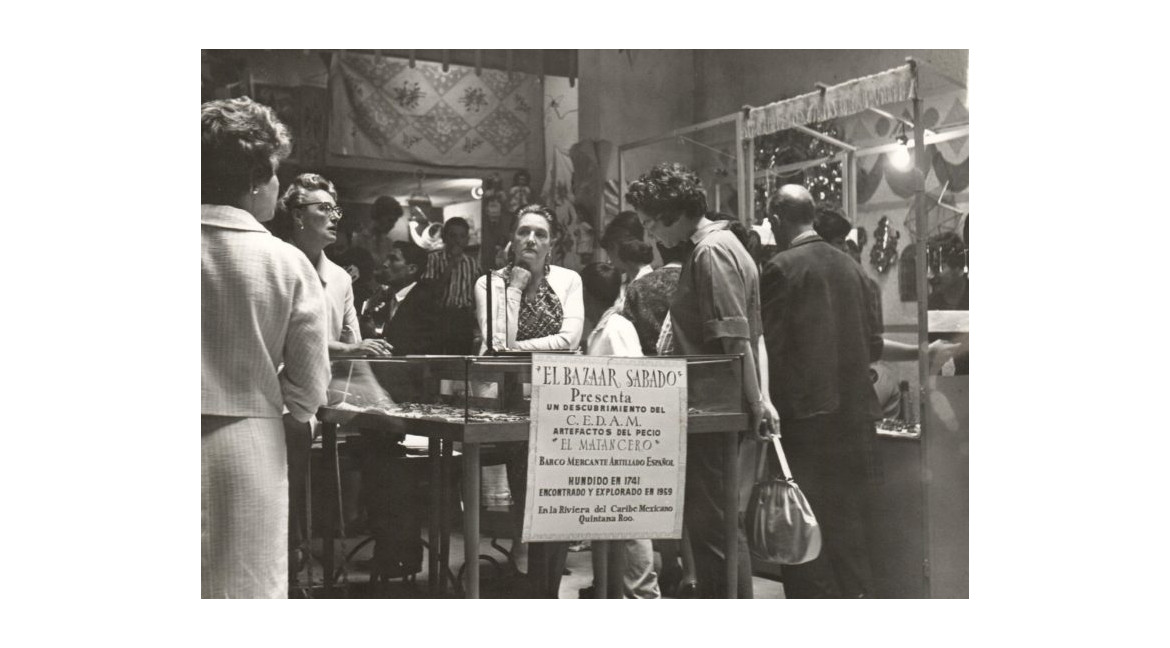 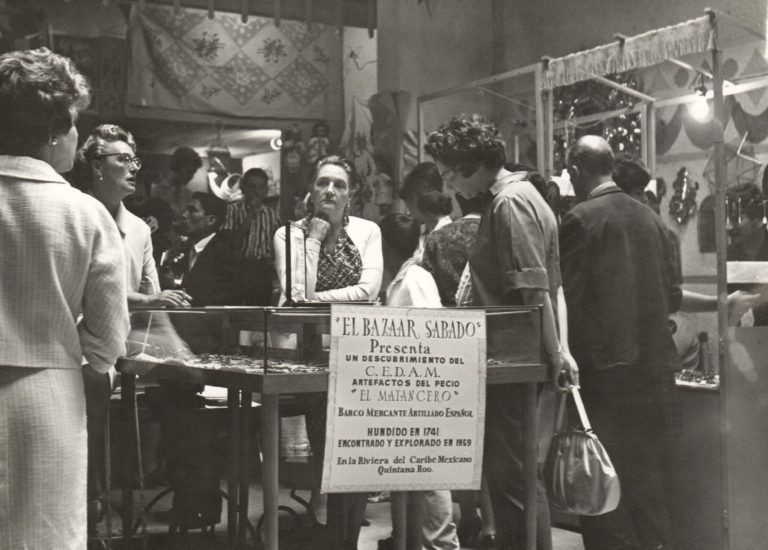 El Bazaar Sabado, also known as "El Bazar del Sábado", is a commercial space in favor of design, folk art and contemporary craftsmanship of Mexico. El Bazaar Sabado opened its doors in 1960 in the street of Doctor Gálvez, San Ángel, and in 1965 it changed its location to Plaza San Jacinto # 11, San Angel, Mexico City. This important arts and crafts center has gathered the work of hundreds of Mexican craftsmen and artists, who Saturday after Saturday, display unique examples of craftsmanship such as goldsmith, jewelery, ceramics, textile arts, gastronomy, fashion, among many others.

The Americans Wendell Riggs and his wife Cynthia Sargent, founders of El Bazaar Sabado, had the idea of creating an art market in an old house in San Ángel, located in Doctor Gálvez where Wendell had previously installed a factory of wool rugs, with looms and designs of his own. He called it Bazaar Sabado, making an Anglo-Spanish hybrid expression. The couple´s idea was to create a space to pay tribute to the country which opened them its doors. The project started with twenty artisans offering their products to the public.The idea was to bring together artisans and artists who also practiced craft activities in a center to which the public had easy access to. It was about putting them in contact with their customers and, at the same time, giving them enough time to manufacture their products. With this idea and with that of not diluting uselessly the interest of potential buyers, it was considered that it was more appropriate to open the center only one day per week. Saturday was the most convenient day and, in this way, the El Bazar Sábado was born, in the street of Dr. Gálvez, in San Ángel. It was not long before the growth of the project demanded a larger budget than planned and it was when, in 1962, Wendell Riggs came to Ignacio Romero, whose wife, Eleanore Romero was part of the Bazaar´s community of artisans, to consult him on this subject. The solution would be to make a partnership with five more friends and raise the necessary funds. Six were the first shareholders in the company. Unfortunately death surprised Mr. Riggs a year later, and Ignacio Romero was unanimously elected among the partners as the Bazaar Sabado´s director.

Soon after, the space located in Dr. Gálvez stopped being able to contain so many artisans and visitors, therefore, Ignacio Romero had the idea of moving the Bazaar to a nearby location. It was thanks to the extensive and deep work that Romero did, who managed to give the Bazaar Sabado the prestige with which up to this day counts. This work was mainly based on the search for the expansion of contemporary design in the world, the insertion of Mexican designers and artisans in international competitions, the organization of cultural events within the Bazaar and the constant appearance in the printed media, where publicity was made regarding the special seasonal activities that took place in the Bazaar Sabado, about to the work of the artisans who little by little gained national and international recognition, as well to announce the typical activities of Mexican festivities such as the placement of altars and Nativity scenes that drew the attention of visitors throughout the year. Currently, El Bazaar Sábado, is located in a 17th century mansion in Plaza San Jacinto # 11 in the neighborhood of San Ángel, South of Mexico City. This beautiful Spanish colonial building is cataloged by the National Institute of Anthropology and History as a colonial monument. This house belonged at that time to the Scherer family (parents of Julio Scherer García, Mexican journalist and writer) and was "resurrected" by the architect Manuel Parra, who made important renovations in houses in the area of San Ángel Inn and Coyoacán, one of the most significant examples is the house of actor Emilio Fernandez "El Indio”. The architect Ruth Rivera Marín, daughter of Diego Rivera, also participated in the Bazaar Sabado’s renovation work.

At the end of the remodeling, on January 7,1965, the new Bazaar Sabado was inaugurated; A big inauguration event presided by the then Head of the Department of Tourism, Agustín Salvat, joined by important figures of Mexican society such as Ruth Rivera and José Chávez Morado (director of the School of Design and Crafts at that time), among others.

It is already a tradition among Mexicans and foreign visitors to observe objects designed by creative hands, to listen to Mexican music and to taste different flavors every Saturday of the year. This family activity goes back to the 60s, when the same director of auxiliary services of the Department of Tourism, Jesús Argüelles, recognized the work of the Bazaar Sabado as an important aspect of tourism in Mexico City. The place is considered within the itineraries organized by the travel agencies and hotels, due to the iconic importance of the traditional neighborhood of San Ángel. El Bazaar Sabado is located in a key point that has much historical and cultural richness as it is the Plaza de San Jacinto. Once Emilio Fernández, “El Indio” wrote in the distinguished visitors' book of the Bazaar: "A Saturday in San Ángel is not a thing of the past, but of the present, of our eternal Mexico". 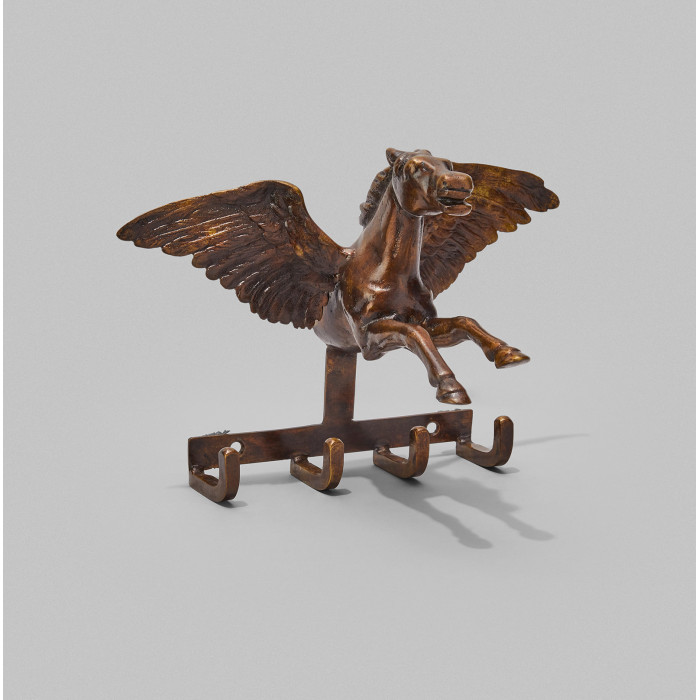 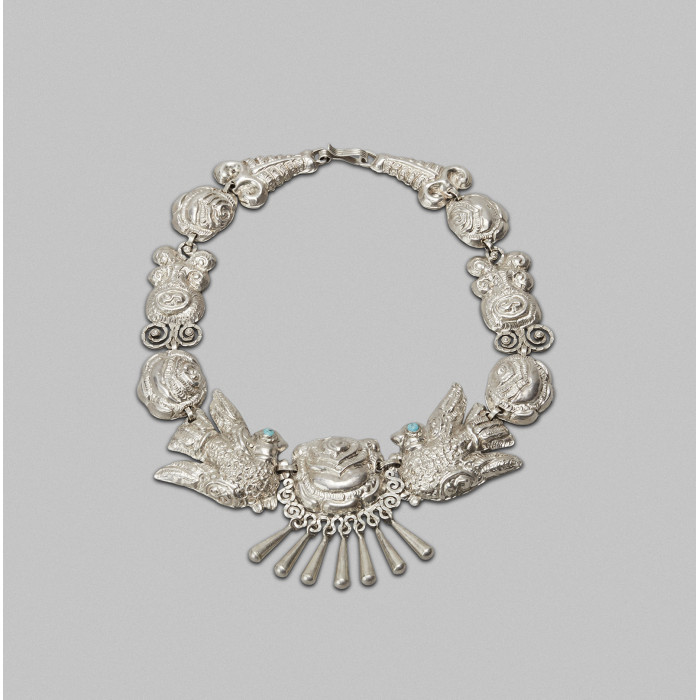 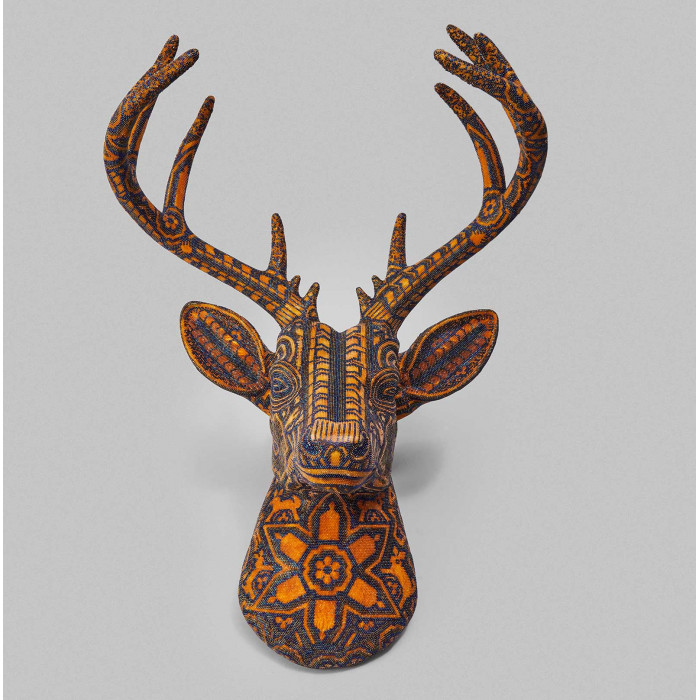 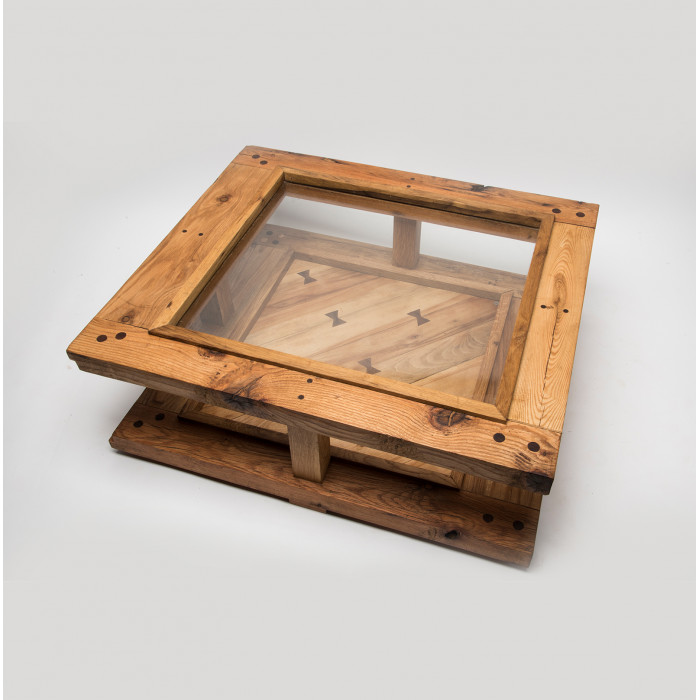